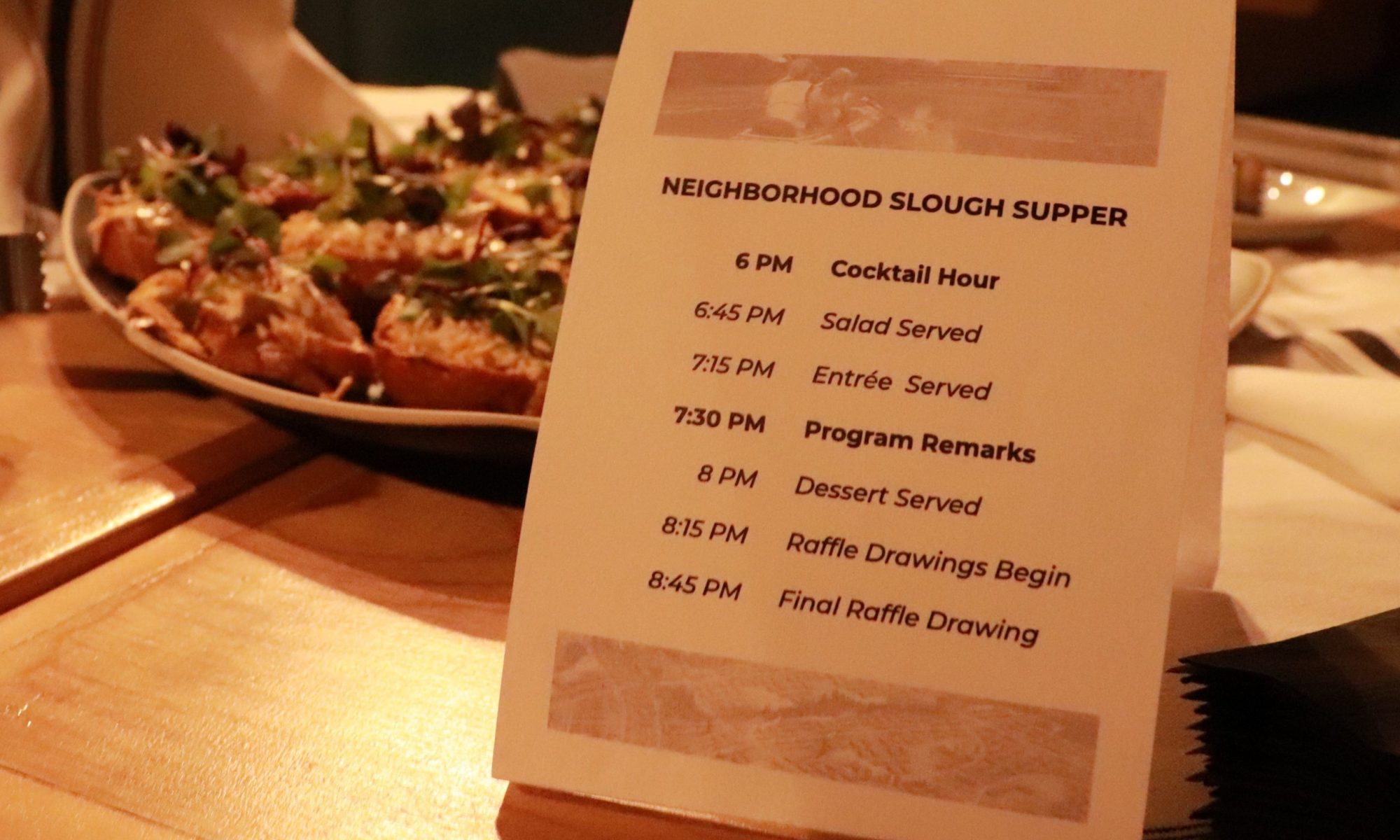 We have taken this time of challenge and uncertainty as an opportunity to reflect on the connections, friendships, and community of support we have built in the early stages of the Vanport Places project. One of our favorite memories to-date was the Columbia Slough Watershed Council‘s recent Neighborhood Slough Supper in North Portland, which took place at Derby Restaurant in the Kenton neighborhood last February. Vanport Places was the event’s featured community project–over 40 of our neighbors gathered to learn about our work, and we were thrilled at the opportunity to share information and receive feedback from so many engaged community members.

We share with you now what we shared with our neighbors at the Slough Supper:

Vanport was one of several Defense Department temporary housing projects built in the metro area to meet the housing demand for over 100,000 Kaiser shipyard workers. The first Vanport Festival narrated bus tour was in 2017. It was this narrated tour with temporary signs that inspired the efforts to mark those places that were significant and inform people “what was here”. Many former residents had not been back to Vanport since the day they evacuated in May 1948, and many others had no idea that a city of 40,000 people and 650 acres–once the second largest city in Oregon–once thrived at this site.

By putting a stake in the ground and marking a “place,” we can provide a space where lived and learned experiences can be shared. The land provides a place to learn from our history with lessons of flood management, levees, natural waterways and habitat transformations.

There are no physical structures remaining of Vanport. It was washed away in the catastrophic flood of 1948. All that remains is a small chunk of concrete where the theater once stood. Our plan is to install historic markers in locations of former structures: the theater, the administration center, and near the main entrance to Vanport where a second breach occurred, washing houses in the flood east of Denver Ave and toward the airport.

We have already installed signage on the PIR administration building and a seasonal 7’x12’ banner on the back of the west grandstand. In addition to installing historic markers, we are developing an augmented reality app, working with the City to gain recognition as a National Historic site, and planning to construct a ghost structure that can be used as a venue for any number of events to honor Vanport.

We have gained support from a wide variety of supporters, including neighborhood groups, business associations, former residents, community groups and college classes from the U of P, PCC, Clark College and PSU (which got its start as Vanport College). You can learn more and visit our website www.vanporthistory.org, pick up one our informational sheets and/or make a donation to aide our efforts for recognition of Vanport.

The CSWC has been an excellent supporter in helping remember our area’s history.